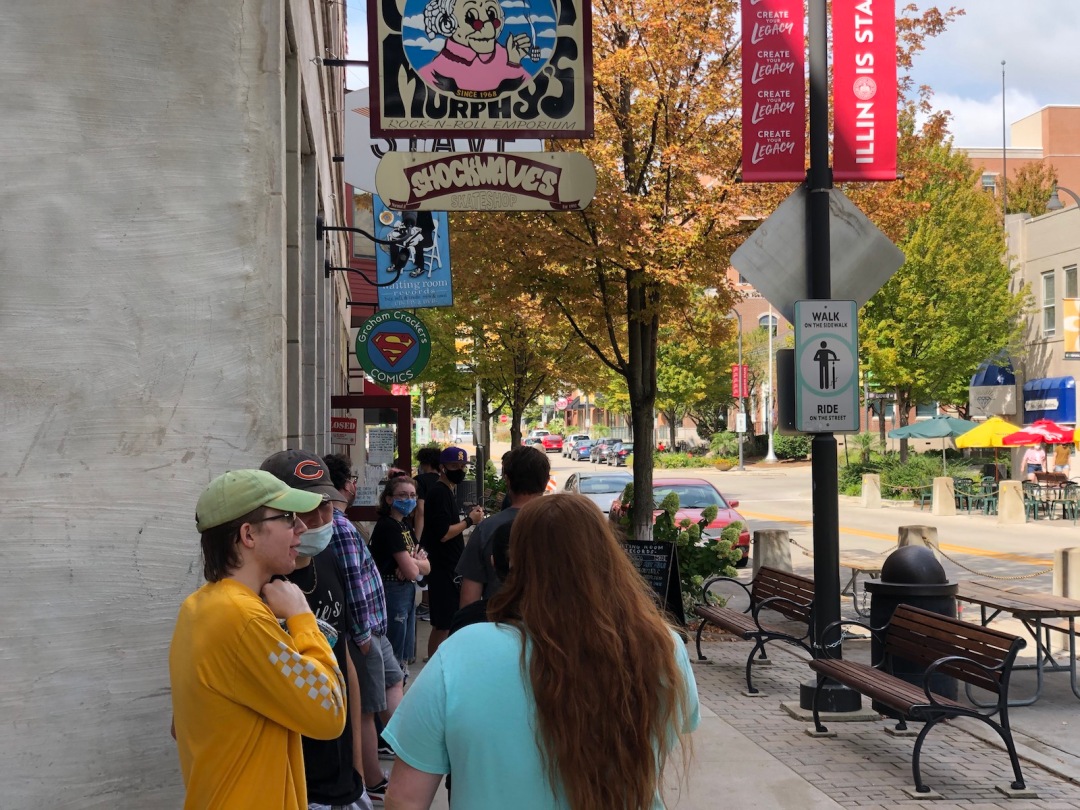 What I Learned Waiting In Line For RSD Drop 1

It’s totally cool if you decided to stay home during Record Store Day Drop 1 last month. There’s a pandemic and a limited pressing reissue of an album you originally bought 20 years ago might not be your top priority at the moment.

But if you were taking a wait-and-see approach while sitting out RSD Drop 1, I’m here to give you the lowdown on what to expect for drops 2 and 3.

I showed up around an hour or so before the store opened. This was roughly the same time I got in line for Record Store Day 2019 last Spring. Even though there were visibly less people in line this year, I ended up starting at nearly the same spot as 2019. Those in line followed social distancing guidelines. The store, Waiting Room Records in Bloomington, Ill., only allowed a couple RSD shoppers in at a time. Couple that with the social distancing observed by those in line, and I ended up waiting just about the same amount of time as I did for Record Store Day 2019.

People Are Still Buying To Sell

“We’re waiting in line to make some money today,” a guy waiting about five people ahead of me yelled at a passing car. Judging by the online listings, he was far from the only one who was looking to immediately resell limited RSD releases to make a nice profit. RSD Drop 1 listings flooded vinyl collector Facebook groups before the end of the day. A new listing for Spacehog’s “Resident Alien,” which many Facebook group members reported as difficult to find, seemed to pop up every couple hours. I guess if you didn’t attend RSD 1, you at least had a chance to pickup some of the releases online, albeit at a rather steep price increase in some instances.

I didn’t see a single person that hand to be told to wear a mask while in the store. It was a mixed bag among those waiting in line to enter the store. Some wore them the entire time while in line. Others opted to carry them in hand until they made it to the door. Regardless of what you prefer when it comes to masks, groups of RSD vinyl hunters were socially distanced throughout the line.

I Still Got What I Wanted

I mean, I gotta brag about what I bought. My purchases included Brittany Howard’s “Live At Sound Emporium” and Spoon’s “All The Weird Kids Up Front.” Seriously though, both of these albums were not among those listed as “most available” for RSD Drop 1 (1,800 copies reported for “All The Weird Kids Up Front”), but they also were far from those that seem nearly impossible to find. Morale of the story is: If you want something, there’s a good chance you will be able to find it this year.