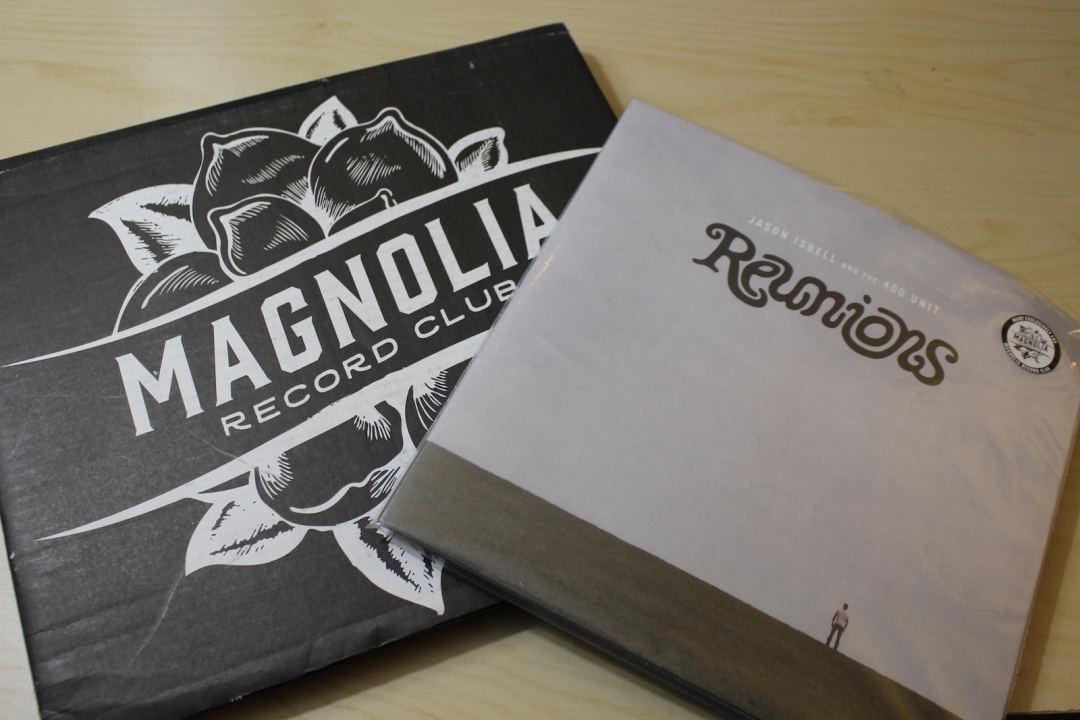 I’ve been going hard on the quarantine record shopping in recent weeks. I figured I would switch it up a little bit a join a subscription record service.

If anything, at least maybe it would help control how many records I buy each month (it hasn’t).

Magnolia Record Club was started by Nashville-based recording artist Drew Holcomb. You can get the entire story about what inspired Holcomb to start the club here.

I joined Magnolia Record Club in time to get their April box. The highlight for the month was a limited edition release of Jason Isbell and The 400 Unit’s latest, “Reunions,” on green vinyl.

Here’s a look at what I received along with the record from Magnolia Record Club.

Subscription plans for Magnolia Record Club start at $25 a month. I love that you can pause your subscription at any time if you don’t want that month’s featured album.

You can check out Magnolia’s latest Record Of The Month here.

Rob Carroll is a writer, editor and an occasional photographer originally from Lacon, Illinois. He has written for publications and websites based in central Illinois and the suburban Chicago area. Rob is an avid music and Cubs fan. He has coauthored two books, "Wrigley Field: 100 Stories For 100 Years" (2013) and "Cubs 100: A Century At Wrigley." Rob currently resides in Bloomington, Illinois with his wife, Jillian, and their beagle, Benny. View all posts by Rob Carroll